You are here: Home / Taxation / Tax deductions: What you can’t claim

It’s that time of year when tax deductions are on the minds of a lot of people.  We spend a lot of time educating our clients on what they can claim, but what about all those expenses that are not deductible? Here are some deduction ideas that many commonly believe to be claimable, but are typically rejected by the Tax Office.

There are various types of tax return preparers, including certified public accountants, enrolled agents, attorneys, and many others who don’t have a professional credential. You expect your preparer to be skilled in tax preparation and to accurately file your income tax return. For mobile tax returns, visit Perth Mobile Tax. You trust him or her with your most personal information. They know about your marriage, your income, your children and your social security numbers the details of your financial life.

While some may appear obviously not allowable, they have all been genuinely attempted to be claimed. Other disallowed claims, however, may surprise. But while the Tax Office may reject the following in the first instance, taxpayers who believe they have a ‘reasonably arguable position’ may have a case, and should consult this office for more advice.

Driver’s licence
Vehicle expenses made while earning assessable income are allowable – repairs, tyres, servicing, interest on a car loan etc. But the cost of a driver’s licence is not – even if having one is a condition of employment. Any extra on the cost of a ‘standard’ licence could be allowable. The costs of defending a driving charge, even where one’s job is conditional on holding a licence, are not deductible.

Vaccinations
A deduction is generally not allowable for vaccination against diseases that an employee may come into contact with in the course of work; for example airline employees. Some disease protection, for example for cattle-borne Q fever, may be allowed.

Child minding expenses
Expenses for having someone care for children during working hours are not deductible, even when this is necessary to secure job advancement. There is however the child care rebate and the child care benefit.

Commuting to and from work
Travelling between home and work is not generally deductible, even where incidental work tasks are performed on the way. Certain circumstances may allow a deduction, such as carrying bulky equipment, but not if there is secure storage at the workplace, most companies have Tiger Containers available for storage, plus sometimes carrying tools is done for convenience, not practicality.

Grooming costs
Even though a high standard of appearance may be required, expenses such as hairdressing or cosmetics are not usually deductible. Not even Defence Force personnel get a deduction for grooming, although required to meet military regulations. Anyone constantly exposed to chlorinated water (such as a hydrotherapy assistant) could have a case for claiming moisturisers and conditioners.

Relocation expenses incurred by an employee
Expenses from changing employment, such as costs of moving house or meeting an employment agreement, are not generally deductible. The reason given is that the expense comes ‘at a point too soon’ to be regarded as having been incurred in gaining assessable income. The same reason has been used to deny taxpayers on unemployment benefits a deduction for expenses such as relocation to secure a job.

Police clearance and record checks
Any expenditure that is required to meet prerequisites to securing particular employment, such as a police clearance certificate or record check, is not deductible. The reason given here is much the same, that these costs are made ‘at a point too soon’.

Telephone ‘silent number’ fee
While the work-related portion of telephone costs can be deductible, the cost of maintaining a ‘silent’ number for privacy (for example, to protect a police officer’s home and family members) is not allowed as a deduction, as it is considered a private expense.

Eviction of a tenant
Expenses incurred by a rental property owner in raising eviction proceedings against a tenant is not generally allowed as a tax deduction to the property owner.

Meal costs
In general terms, the cost of a meal is not deductible as it is a private expense. Meals consumed by truck drivers over a normal working day have been denied as not having sufficient connection to income production (even though they had no meal allowance). But there are provisions to allow meal costs if it can be shown these are tied to employment, such as when away from home for a job, or for work-related entertainment.

The cost of buying your own business
Costs of buying or establishing a business are also regarded as having been made ‘at a point too soon’ to be connected to generating assessable income. Likewise, preliminary costs (feasibility studies etc) cannot be claimed. Expenses made very early in a business however, even before income is realised, may be deductible if these costs are of a usual kind made with that type of business.

Around 66,000 deduction claims from individuals were adjusted or rejected last year (amounting to $250M). This is by no means an exhaustive list of what is not claimable…. this week I had a client who wanted to claim her weekly massage because she was ‘stressed’ working in a retail job she hated. There are plenty of legitimate tax deductions available to most taxpayers, but you also need to be realistic. 🙂 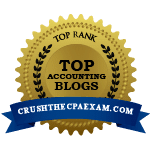